30 minutes of Assassin’s Creed: Valhalla gameplay has been leaked 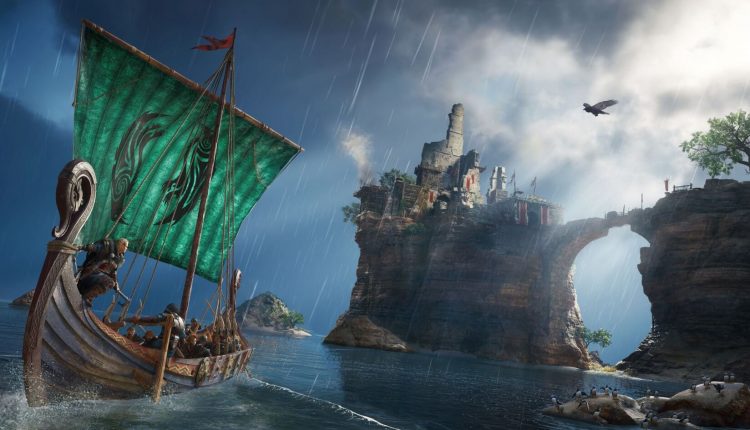 In context: There are plenty of games to look forward to this year, ranging from highly-anticipated giants like Cyberpunk 2077 to more modest (but still expansive) projects like Baldur’s Gate 3. Naturally, the latest entry in Ubisoft’s critically-acclaimed Assassin’s Creed franchise, “Assassin’s Creed: Valhalla,” is also generating quite a bit of hype.

We’ve seen two trailers for the game so far, which — combined with a handful of interviews — have given us a pretty good idea of what to expect from the Viking-themed adventure. It’ll be an Assassin’s Creed game in the vein of Odyssey or Origins, with RPG progression systems (such as gear, weapon, and talent customization), dialogue choices, and a vast open-world to explore.

However, for all of the on-paper details we know about Valhalla, we still haven’t actually seen it being played live. Fortunately, we’re likely to see a proper gameplay showcase at the “Ubisoft Forward” event, scheduled for July 12.

With that said, users might not need to wait even that long to see what Ubisoft has up its sleeve. Roughly 30 minutes of work-in-progress Valhalla gameplay has leaked onto the web, and though we’re not going to be linking to it directly here (not that it would matter, since Ubisoft is taking footage down as quickly as it shows up), savvy users probably won’t have a hard time finding it. The footage shows off Valhalla’s protagonist (Eivor; the female version, to be specific) as she takes on bosses, wolves, and ordinary enemies with dual axes. The combat looks fast and brutal, though it’s tough to say without actually playing the game. We also see a bit of horseback riding, boat riding, and a handful of menus (including the inventory and map screens).

None of the gameplay is likely to blow you away, though. The game’s movement animations, dialogue system, user interface, and combat all look quite similar to Assassin’s Creed Odyssey’s. Whether or not that’s a good thing is up to you, of course. If you enjoyed Odyssey’s core gameplay loop, Valhalla will likely keep you entertained for another hundred hours or so, albeit with several refinements and upgrades to existing mechanics.

If you didn’t, Valhalla probably won’t change your opinion– but who knows? Perhaps Ubisoft will surprise us all in a few days.

Inheritance tax warning: Additional taxes can be levied in these contexts – what are they? | Personal Finance | Finance