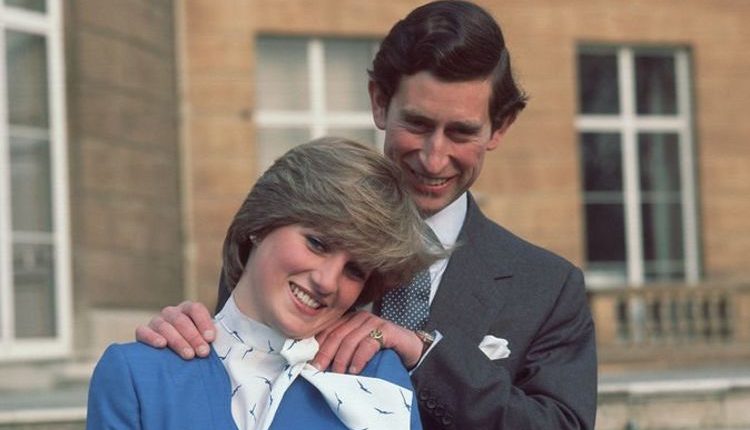 Charles and Diana were famously mismatched as a couple, and are believed to have only met a dozen times before they became engaged in 1981. Lady Diana Spencer appeared to be the perfect consort to Charles on paper. She was from aristocratic circles, ‘intact’, and appeared to share the same passions as the Prince of Wales.

However, after the announcement of their engagement, their relationship started to unravel.

Abruptly thrust into the limelight, Diana began to struggle and could not accommodate life on the royal frontline while many think Charles began to doubt his decision to propose to her.

Yet, according to Howard Hodgson’s 2007 book, ‘Charles: The Man who will be King’, the Prince of Wales was ever supportive of his bride.

He reportedly sent her a note the evening before the wedding which read: “I am so proud of you and when you come up I’ll be there at the altar for you tomorrow.

Charles also sent a signet ring with the note to Clarence House, which she wore on her wedding day.

However, different accounts have appeared over the years over whether Charles spent a night with Camilla Parker Bowles in the week leading up to his wedding – implying he was already unfaithful before they exchanged vows.

Two nights before the big day, the Queen threw a dinner for Diana’s family and friends, followed by a huge reception.

The following evening – 24 hours before the wedding – Charles hosted a party for his own staff who were not invited to the ball.

Mr Hodgson wrote: “People sympathetic to Diana’s account have since pointed out that Charles and Diana did not sleep under the same roof the next night.”

Diana was staying in Clarence House at the time – which some believe would have given Charles an opportunity to see his former flame.

Yet, the royal biographer claims Charles instead sat up chatting to a close friend, Lady Susan Hussey, who was also amicable with Diana, unable to sleep due to nerves.

The wedding – which has since been referred to as a “fairytale” – was watched by an estimated global audience of 750 million.

Diana’s mother France Shand Kydd told Hello! Magazine years later, that she never doubted Charles’ feelings for her daughter because of his behaviour at the wedding.

She said: “I think that if anybody does doubt how he originally felt then they should look at the pictures or film of their wedding day.

“I think they really did show genuine happiness and deep affection for each other.”