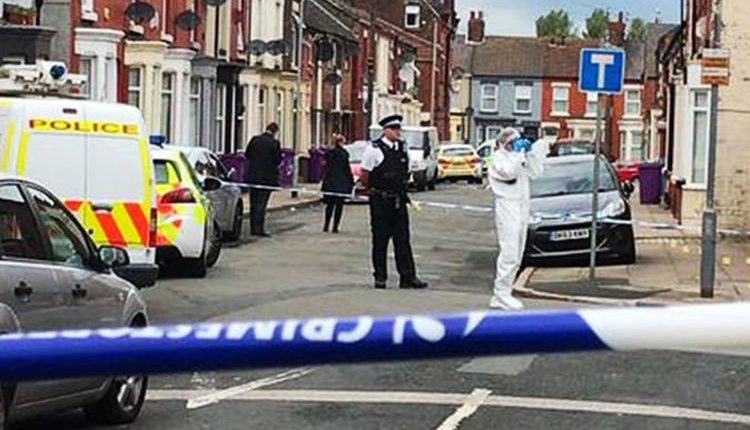 A woman and two men were hurt in the incident on Mirfield Street in the Kensington area of the city shortly after 9am this morning. One of the men suffered a serious stab wound to his stomach and the two others, a man and a woman, suffered head injuries.

One witness told the Liverpool Echo that “two men were seen fighting in the street and two ambulances later turned up”.

Another witness said “woman’s screams were heard at the time of the attack”.

A third person said police were “taking this very seriously”.

Merseyside Police have arrested a 27-year-old man and a 22-year-old woman on suspicion of assault.

Liverpool Echo reporter Jonathan Humphries was at the scene this afternoon.

He said on Twitter: “I am told the female victim was hit in the head with a knife.

“Unclear if this was a stab or slash wound or whether a blow with the handle.

He added: “A woman on Malden Road, which is also partially cordoned off, describes hearing ‘men fighting’ at around 8am this morning.”

How to Wear “Ugly” Fashion Trends That Are Actually Cute