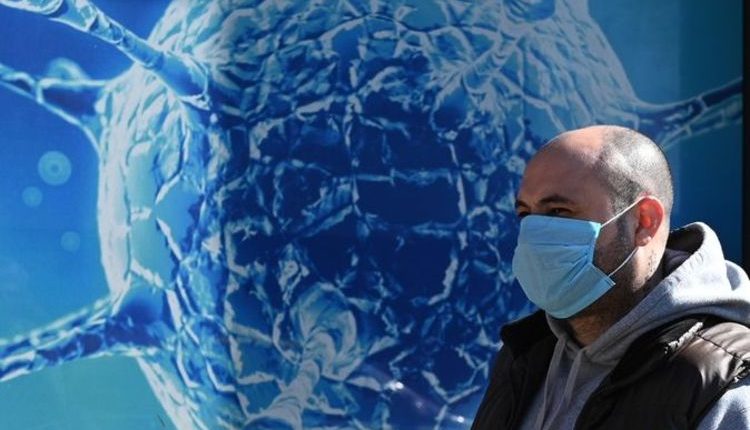 The report was written by Marko Kolanovic, a trained physicist and a strategist for the bank. Ever since the emergence of the novel coronavirus in China at the end of last year, countries have imposed lockdowns to try and counter its spread. This has led to an unprecedented economic collapse, as economies around the world shuddered to a halt.

Economists have predicted a global recession to rival that of the Great Depression of the 1930s and already millions of workers have lost their jobs.

Mr Kolanovic argued that governments were spooked by “flawed scientific papers” into imposing lockdowns which were “inefficient or late” and had little effect.

He wrote: “While we often hear that lockdowns are driven by scientific models, and that there is an exact relationship between the level of economic activity and the spread of [the] virus – this is not supported by the data.

“Indeed, virtually everywhere infection rates have declined after re-opening even after allowing for an appropriate measurement lag.

“This means that the pandemic and Covid-19 likely have [their] own dynamics unrelated to often inconsistent lockdown measures that were being implemented.”

Since easing lockdown, Denmark is one of many countries that has seen its R number continue to decline, while Germany’s rate has for the most part remained below 1.0.

R represents the reproduction rate of the deadly virus and anything below 1.0 indicates that new infections are falling, while anything above that threshold shows that infections are increasing.

“Nonetheless, many of these efforts were inefficient or late.”

He goes on to say that lockdowns remained in place, even as new data showed that the curfews were ineffective in altering the course of the pandemic.

“At the same time, millions of livelihoods were being destroyed by these lockdowns,” he wrote.

As well as casting doubt on the wisdom of imposing lockdowns in the first place, the report suggests that economies could now be re-opened more quickly.

Professor Carl Heneghan said that the peak of new cases had come on April 8, implying a high point of infection three weeks earlier around March 18, five days before the prime minister’s announcement that the country was going into lockdown.

The World Health Organisation has urged countries to practice “extreme vigilance”, when lifting their curfews.

The UN agency has warned governments that there is “always the risk that the virus takes off again”.

WHO chief Tedros Adhanom Ghebreyesus said that a ‘comprehensive package of measures’ is needed until a vaccine becomes available, which is likely to be many months away at least.

State pension UK: Tens of thousands of women could be missing out on entitlement | Personal Finance | Finance