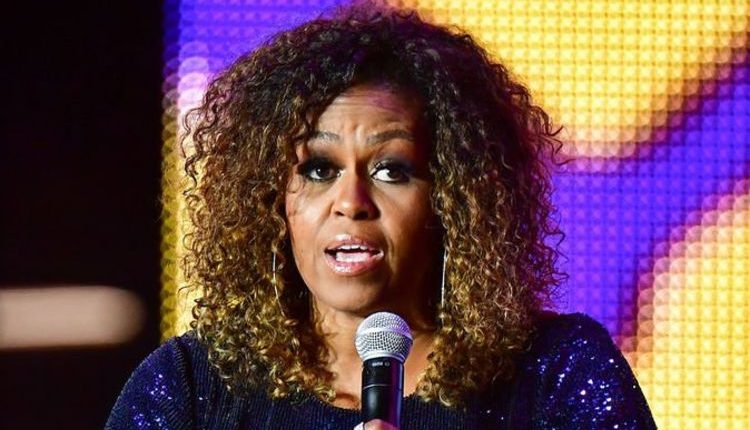 The ex-FLOTUS was unsure how she felt wearing gowns for the numerous engagements they attended in the moments after Barack’s landmark victory in the election race. She claimed that she thought “I had nothing of myself left to show” following months of campaigning and support her Democrat husband. But after finding the perfect gown, Ms Obama admitted it was “time to celebrate”.

The confession comes within her 2018 bestseller ‘Becoming’.

She wrote: “In my life so far, I’d worn very few gowns, but Jason Wu’s creation performed a potent little miracle, making me feel soft and beautiful and open again, just as I began to think I had nothing of myself left to show.

“The dress resurrected the dreaminess of my family’s metamorphosis, the promise of this entire experience, transforming me if not into a full-blown ballroom princess, then at least into a woman capable of climbing onto another stage.

“I was now FLOTUS – First Lady of the United States – to Barack’s POTUS.

“It was time to celebrate.”

Michelle explained how the night of the win she and Barack went to the Neighborhood Ball, which she claimed was the first ever inaugural ball to be accessible and affordable to the general public.

Among the guests were Beyoncé, who would sing a beautiful rendition of the R&B hit ‘At Last’.

The song was chosen by Barack and Michelle as their “first dance” of becoming President and First Lady.

He relinquished the role in 2016, making way for current US President Donald Trump.