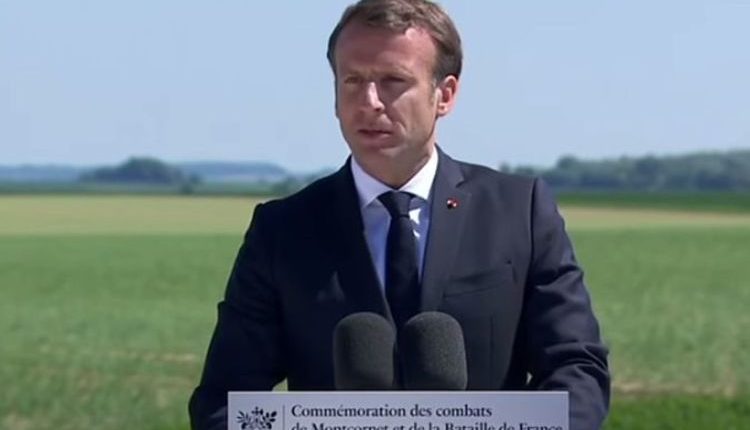 Several people have been arrested by riot police in Lyon as Yellow Vest protests returned. With coronavirus lockdown restrictions being eased, people involved in the movement were able to take to the streets of France once again. President Emmanuel Macron is still facing major backlash from the activists, with many demanding his resignation.

The Yellow Vest movement was initially motivated by rising fuel prices and a high cost of living.

It claims that a disproportionate burden of the Government’s tax reforms were falling on the working and middle classes.

One of the protesters holds up a sign, reading: “Incompetent, Menteur, Assassin Macron Degage!”

This translates to: “Incompetent, Liar, Assassin Macron get lost!”

‘Macron dégage’ is a popular protest chant to express the Yellow Vest’s anger towards the President.

In the footage, police outfitted with riot hear can be seen running through the streets of Lyon, confronting protesters.

One man is pinned to the ground and secured with handcuffs before being led away.

Loud jeering and booing can be heard from other protesters and passers-by.

People around him try to help him up while others increase the booing towards the riot police.

These translate to ‘Macron resign!’ and ‘Macron up yours!’ respectively.

France has had over 142,000 cases of coronavirus confirmed.

Of those that tested positive, just over 28,000 have died.