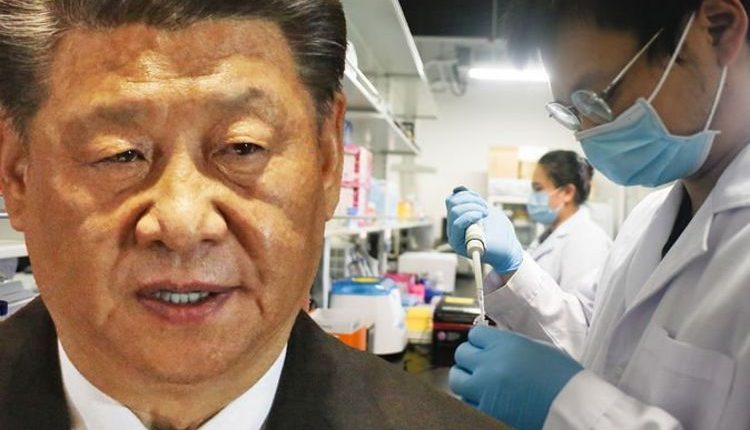 “China is now among the most advanced countries in terms of vaccine research and now we are in the phase two.

“We already have high clinical trials but we want to share with the rest of the world.

“In fact, China is also working with the UK and with other countries, including the United States.”

But Tory MP Tobias Ellwood warned the Chinese Communist Party could use the vaccine as a “leverage”.

He tweeted: “I predicted this. China will leverage vaccine rollout to further its global political influence.”

READ MORE: China warns US to stay out of Hong Kong or it will retaliate

It comes amid rising tensions between China and the US over the handling of the coronavirus pandemic.

China said on Monday the United States was “addicted to quitting” following a US decision to leave the World Health Organisation (WHO) and said the withdrawal reveals a pursuit of power politics and unilateralism.

Foreign ministry spokesman Zhao Lijian told reporters during a daily briefing that the international community disagreed with what he described as the selfish behaviour of the United States.

“The U.S. has become addicted to quitting groups and scrapping treaties,” said Zhao.

China calls on the international community to provide more political support and funding for the WHO, said Zhao.

The US decision to quit the Geneva-based agency comes amid growing tension between the United States and China over the coronavirus outbreak.

Since taking office, Trump has questioned the value of the United Nations and scorned the importance of multilateralism as he focuses on an “America First” agenda.

He has quit the UN Human Rights Council, the UN cultural agency UNESCO, a global accord to tackle climate change, the Iran nuclear deal and opposed a UN migration pact.